The iOS 16 bug appears to have broken iPhone cinematic mode support for Apple video editing software, such as Final Cut Pro and iMovie.

Some users are now reporting that they cannot open cinematic videos taken on iPhones with iOS 16 on these video editing apps.

(Photo: Justin Sullivan/Getty Images)
CUPERTINO, CALIFORNIA – SEPTEMBER 07: The new iPhone 14 Pro are shown at an Apple Special Event on September 07, 2022 in Cupertino, California. Apple CEO Tim Cook unveiled the new iPhone 14 along with new versions of the Apple Watch, including the Apple Watch SE, a lower-priced version of the popular watch that will start at $249.

According to 9to5 Mac news, two weeks have already passed since the brand new iOS 16 started rolling out to millions of iPhone users. However, it seems that some annoying bugs are only shining in the spotlight now.

It should be noted that the latest version of iOS brings various new features, such as widgets on the lock screen and edit and undo options on iMessage. Apart from these additions, it turns out that the update also has various bugs and issues.

And one of the problems iPhone users are now facing has something to do with Cinematic Mode, which debuted when the iPhone 13 series launched last year.

But this time, while installing the latest iOS, users complain that they cannot open cinematic videos on iMovie or Final Cut Pro.

Final Cut Pro and iMovie users experiencing these issues with their iPhone videos have taken social media platforms like Reddit and Apple support forums by storm, reports 9to5 Mac.

Reports say that when trying to open a cinematic video on these editors, an error is displayed.

A Reddit post alerts other users to the issue. He posts a PSA telling everyone that “iOS” breaks “cinematic video in iMovie and Final Cut Pro.” 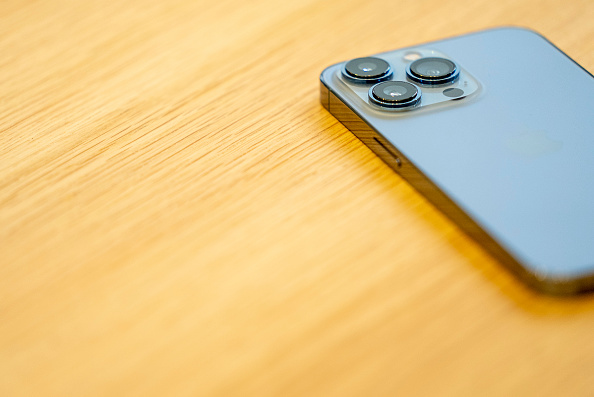 The message says that “you can import [Cinematic video] in iMovie and Final Cut Pro, but the cinematic editor that lets you edit focal points and depth of field is broken.”

However, 9to5 Mac notes in the same report that there is no official word from Apple yet. It is therefore unknown when and how the famous technology giant plans to fix it. Besides that, it is still unclear what is causing this iOS 16 bug.

Aside from this Cinematic video bug, the new iOS 16 upgrades iPhones with new features.

According to a recent report from Gizmodo, the latest iPhone software update brings some fancy new features along with privacy-focused features.

iOS 16 brings the battery percentage level icon back to iPhone models that started sporting the notch. It also provides a new lock mode to prevent hackers from taking over your device.

This article belongs to Tech Times

ⓒ 2022 TECHTIMES.com All rights reserved. Do not reproduce without permission.

There will be no official GOG Steam Deck support

There’s bad news for fans of DRM-free games: there won’t be official GOG Steam Deck support, but that doesn’t mean it won’t be possible. You’re probably already familiar with the Steam Deck: it’s a portable gaming PC that was first revealed last summer. It looked like a pretty sturdy device at first glance – as […]

The European Commission will be the sole authority responsible for enforcing technology rules, EU countries agree

These companies left Russia: the list of technology, entertainment and finance

Tech companies around the world are pulling out of Russia. Jakub Porzycki/Getty Images This story is part War in UkraineCNET’s coverage of events there and the wider effects on the world. As the Russia’s war against Ukraine continues, a growing number of companies have declared that they are stopping sales of products and services in […]